Recently I encountered a world-view called deep ecology which is shifting my view of myself as well as my views toward ancient man. Traditional science depicts the development of man as a linear ascent from the most primitive to modern. However, ancient myths and legends describe man as having been recreated or evolving over and over, developing civilizations which in turn collapsed and disappeared. Perhaps the new ideas of deep ecology can help to clarify our record of man's uneven progress on the planet and provide some insight toward the uncertainties concerning the future of man and his environment.

Deep ecology indicates a stewardship on the part of the nonhuman world toward the human world. Ecology refers to the relationship between organisms and their external conditions and surroundings, the environment. Deep ecology attempts to break down the rigid distinctions between man and the environment. Man lives on a planet surrounded by animals, plants, insects, rocks and minerals, with whom his own life is linked. Any clearly discernible study of man must include many nonhumans as well. This view arises now with the onset of global man-caused changes that could threaten our existence. Are these changes linked to our conviction to the separation between man and nature, a separation which may have caused of the downfall of past civilizations?

A look into past shows civilizations that appear as advanced as our own, possibly even more so. The Great Pyramid at Giza presents stonemasonry and engineering skills that far outmatch our capabilities. It's been estimated that the pyramid contains over 2.3 million stone blocks averaging 2.5 tons in weight. Working ten hour days and placing one block every two seconds for 365 days each year it would have taken 20 years to complete the project, a feat that is unimaginable today! Furthermore, there isn't firm evidence that the Egyptians actually built the pyramids, they may be far older! Similar wonders appear in the ancient city of Cuzco in Peru. The Citadel of Sacsayhuaman is built on a foundation of huge stones, some of which are over 12 feet high and 7 feet across and weighing around 100 tons. One large stone, at a height of twenty-eight feet was calculated to weigh 361 tons, as much as five-hundred automobiles! Though the Incas used this structure there is again no proof that they actually constructed it! In Fingerprints of the gods, Graham Hancock leads us on a tour of some of these sights and shows us how these early civilizations possessed highly developed mathematical, agricultural and medical capabilities in addition to their engineering skills. He also points out that some of these civilizations of seemed to appear at the beginning of their histories as 'full-blown' cultures possessing all of their capabilities and intelligence. Were these civilizations only the surviving colonies of a far-older culture, akin to Plato's Atlantis, whose records are lost to us?

Many of these great civilizations and cultures also believed in the sacredness of the planet, naming their gods after the sun, earth, moon and stars; the air, earth, water and fire. We think of these mythical beliefs as primitive, knowledge obtained before scientific understanding. Yet, it is not without significance that almost every ancient culture, civilized or not, possessed myths and legends of great cycles of rising and falling and births and deaths of civilizations on a grand scale, e.g. - the Hopi Indians, the Maya, the Babylonian Epic of Gilgamesh, the Hindu Manu Simtri, the Chinese Sing-Li-Ta-Tsiuen-Chou, the Egyptian texts and so on. Did these myths arise from the experiences of cultures that lost their connection with the planet?

If there is a link between the rising and falling of civilizations and physical changes of the earth then where do we stand in a world full of uncertain technological byproducts? Jeremy Rifkin in his controversial book, Algeny , (where he combines the words Alchemy and Gene to capture the underlying connections of gene splicing), warns of the two possibilities of technological knowledge and empathic knowledge. Technological knowledge gives us the ability to appropriate the life around us. Empathic knowledge gives us the foresight to better cooperate with the community of life and non-life around us. Deep ecology is best expressed through Empathic knowledge.

In the past , technological knowledge reigned supreme; is it now sowing seeds of yet another cataclysmic cycle? Perhaps a new understanding of the ancients can lead to an awareness of an eco-spirituality where each level of being is linked to another with woods and stone teaching what one can never learn from any master. Then the violent changes in Nature could be seen against a larger context, an over-arcing cycle of cycles, following a path of universal reverence, with changes benefiting all things. Nature seems to experience periodic incarnation, death and resurrection, mirroring the rise and fall of humankind.

Within this perspective, eco-spirituality is threatened as humanity multiplies the pressures on major terrestrial systems - the atmosphere, soil and water. Each year millions of tons of pollutants are actually destroying the earth. Sensing imminent danger, we must listen to the past. Many ancient writings indicate that an eco-spirituality strategy is needed to reconcile the cycle of death and rebirth into a new creation. Can we envision the eco-spiritual revolution needed to change our present course?

A phenomenology of place exists, with a non-human subjectivity, where soul and matter pulse together. An early healer wrote, "The greater part of the soul lies outside of the body." Therefore, the deepest self is a part of the deeper ecology. The ancient writings spoke from this perspective, that in seeking to heal the soul you must heal the earth of which the soul is an integral part. As a result, many shaman find places which are beneficial, happy places, and avoid places which harbor demons, miasmas and melancholy, in order to combine the spirit of place and the regeneration of the spirit of man. They found that a landscape can be sad or mad, not because something is projected onto it but because of its own connection to all things.

The oldest 'healers' in the world knew no other way to heal than to work in the context of the environment. Gaea, the goddess of the earth, is a dramatic example of ecological interdependence binding all the living to the biosphere. By assuming a deep connection between psyche and Gaea, we begin to understand the many worlds which have come and gone. By ignoring this connection we may now be living in a time when both the earth and the human species are moving to a crisis. If both man and planet go mad we have the destruction described in ancient writings.

This repeated construction and destruction is difficult to understand. Perhaps a clue can be garnered from the book Bluebeard's Castle by George Steiner. He suggests that mankind cannot handle peace, so there are periodic wars. For example, in the past two centuries there have been 160 million deaths due to warfare. How many wars are being waged today? Once again the fate of Gaea herself is being decided by choices we are making. Is our intelligence a great gift or a lethal mutation which has repeatedly misdirected mankind? Again ancient writings warn us of our folly; Hopi prophecy strangely warns of ultimate destruction if we once again fail to affirm the importance of the lost vital connection with the sacred nature of the world.

Thus the search for ancient man and his forgotten civilizations is also a deep ecological search. The periodic destruction of whole species and genera of flora and fauna, followed by 'large gaps' in the record, after which whole new species appear seems to answer certain important questions about the causal relationship between deep ecology, man and Gaea. Man and deep ecology have evolved together, were even possibly created and destroyed together. Fortunately man's intelligence, consciousness and renewal has always been there, though his physical appearance may have changed from time to time.

Ancient man - modern man, where do I fit in? If the intelligence that pushes me to know is the same innate intelligence of millennium past, then I am part Deep Ecology, part past and present. Perhaps our civilization in the 'modern age' has sprung from the same intelligence that fostered the earlier civilizations whose pictographs, petroglyphs and other mysteries may hold the critical clues for averting an impending cataclysm. Perhaps the evolution of history is not linear but more like a bush with many branches twisting and turning around. If this 'bush' is a 'burning bush' ablaze with 'spirit of god' then we have a union of timelessness and intent that speaks to the purpose of man. His many comings and goings are in the service of regeneration of the spirit. The sacredness of special places, the longing for understanding and an awareness of an intimate connection to the world all speak of that purpose which is present and has been present for millennia. 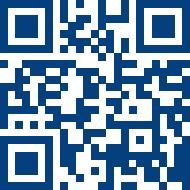